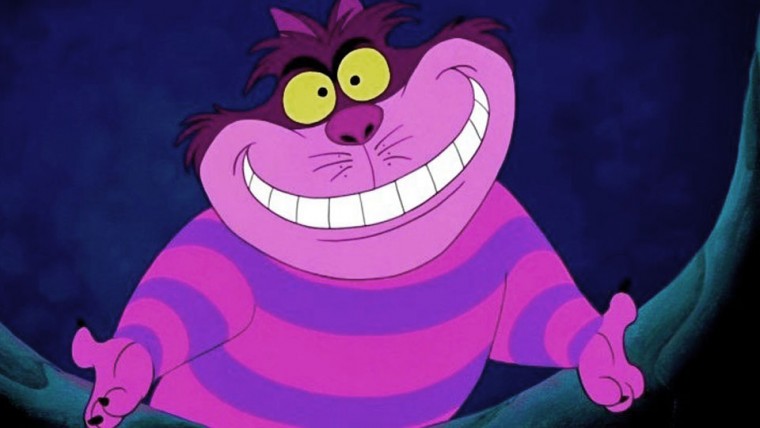 One of the most enjoyable things about being a dad is the opportunity to watch my favorite kid’s movies again. The nostalgic feeling is nice. But, as an adult, I’m also able to watch them through an entirely different lens. I appreciate the story more than when I was as a little boy. It’s a brand new experience.

A movie that has resurfaced for us recently is Alice in Wonderland. It’s a quirky adventure story. It’s entertaining. It’s funny. But it’s also full of many great life lessons. Most were lost on me as a child. It’s only been since having kids that I’ve been able to pick up on and appreciate them. Once I did, though, I found them to be life-changing.

With a new year just beginning, the timing is perfect to talk about my favorite scene from the movie. It occurs after Alice has been in Wonderland for a little while. She’s frustrated. She doesn’t know where she is or where to go, when suddenly the Cheshire Cat appears out of thin air. Here’s how their conversation goes:

Finding Our Way Out of Wonderland

Many of us have likely decided on some New Year’s resolutions. We may even still be keeping up with them a couple days into 2016. I’ve never really been a fan, only because I think they are flimsy promises to ourselves. They often lack the foundation of a true goal. But they are good indicators of our intentions. They can help us understand what’s important in our lives. At their core they provide direction. And from there we can see our future begin to take form.

As busy parents, we tend to live day to day. We rarely have time or energy to think about much beyond that. But that’s not good. Without a final destination in mind, it becomes too easy to make decisions on a whim. Over time, decisions stacked upon decisions begin to shape our lives. And that’s why knowing your final destination is so important.

If you don’t know where you’re going, it doesn’t matter which way you go. But you also have no idea where you’ll end up.

On the other hand, if you do know where you’re going, and you make decisions with that final outcome in mind, you can control where you end up. And it will be much closer to where you ultimately want to be.

Trade Resolutions for A Vision

Instead of a making handful of New Year’s resolutions you’re only vaguely interested in keeping, consider coming up with a family vision instead. Ask yourself what a successful day/week/year/lifetime looks like for your family. Then, make all your decisions with that final outcome in mind. If one decision gets you closer to your final goal and another doesn’t, the choice you should make will quickly become very clear.

This way, when you are visited by your own Cheshire Cat, and you have the opportunity to ask him which way you ought to go from here, you can also tell him where it is you want to get to.