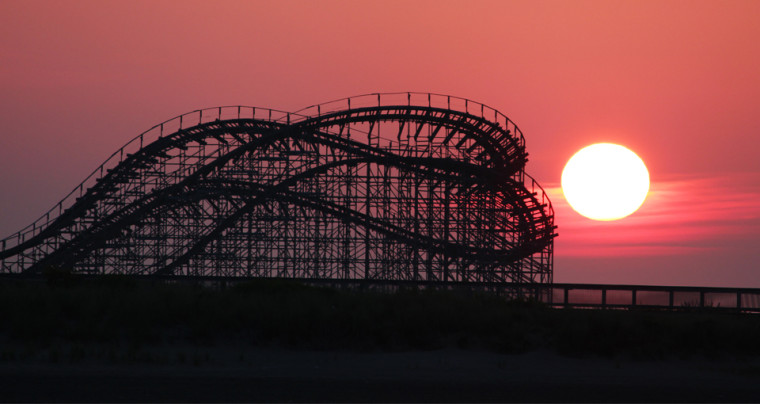 Parenting is hard. Whether it’s one child, three children, or ten, parenting is hard damn work. For those of us in the throes of it, this is not a mind-blowing revelation. But it is one we should acknowledge more often. It’s also something we should be honest about. If we’re being honest, we admit that despite our desire to make parenting a glamorous calling to which few are chosen, when stripped down to its core attributes, parenting is a job.

And like any other job there are good parts and bad parts. There are pieces we loathe and pieces we can’t get enough of. There are diaper blowouts in a crowded restaurant when the world stares, and there are bonding moments at a favorite fishing hole when the world stops. When we finally admit to ourselves these truths, we realize that as with any job, there is something we’re “entitled” to: breaks.

I should clarify. The Department of Labor does not care if we are awarding ourselves two 15-minute breaks per eight hour shift. They aren’t going to check in to ensure we’re getting a thirty-minute lunch every day. Which means it’s up to us to take the breaks we need.

Over the summer my family and I went on vacation. We spent a week bouncing between the hotel pool and the beach by day and strolling the fried-food haven that is the boardwalk at night. It was a great trip, but as with any family vacation, there comes a point when you hit a wall. At that moment, you’ve had enough. Fatigue and irritability set in. You’ve spent too much time with each other in close quarters, and you need a break.

For me, that moment came on the boardwalk on Thursday night. I remember it clearly, nearly a month later, not because it was a new experience, but because I made a conscious decision to handle it in a new way. As anyone with small children knows, no matter how badly you feel like you need a break, you can’t simply walk away from your kids.

On this particular night, they had burrowed directly under my skin. And they showed no intentions of leaving any time soon. They had played every game the boardwalk had to offer. They had ridden the rides. They were loaded up on funnel cakes and cotton candy and they were miserable. I don’t even blame them. They were products of their environment and on this night the products were well past their expiration dates. They needed their beds.

There was just one problem. We were still three piers away from our hotel. This is when I did something for the first time as a parent. I checked out. Not emotionally. Not physically. But mentally. Dani and I have both walked away before. We’ve both had our “you handle this” moments where the only way to preserve our sanity is to remove ourselves from the situation. We always come back, but when we walk away, for that stretch of time we are completely removed. We cool down. The other parent resolves the conflict and life moves on. It works when you are able to step completely away.

But on the boardwalk, with three kids crying, fighting, and covered in powdered sugar, there was nowhere for me to go. So I did the next best thing. For the next ten minutes I stopped caring about who was staring as the kids screamed for no good reason. I didn’t worry about who criticized my parenting abilities based on one judgmental glance at our stroller — a two-seater carrying three kids.

In fact, I stopped hearing them or anything else. I pushed the stroller to the nearest food stand and bought a hot dog. All week I’d been craving a dog but had yet to have one. I wheeled back out onto the pier, found an open spot and stopped. And there, surrounded by confused passersby, in the midst of my inexplicably hysterical children, I enjoyed the three most satisfying bites of food I had all week. I was on break.

The kids were safe. I knew where they were, but I didn’t hear them or anything else. Dani was nearby, just as frazzled as I had been. I wasn’t able to take a full on vacation from my job as a dad. In fact, I wasn’t really in a position to take an extended “lunch break.” But I stepped away from my desk for a little while and enjoyed what might have been, for reasons other than taste, the best hot dog I’ve ever eaten.

Of course reality will always snatch you back up eventually, but this time I came back a little bit more refreshed. I had a second wind, a slightly clearer head, and a fuller belly. I also felt zero guilt. I needed to claim those ten minutes for myself. I needed them to be a better dad overall. I needed to take a break before I hit my breaking point. For ten minutes on that Thursday night on the boardwalk in New Jersey, I gave up on parenting and it was the best thing I ever did.