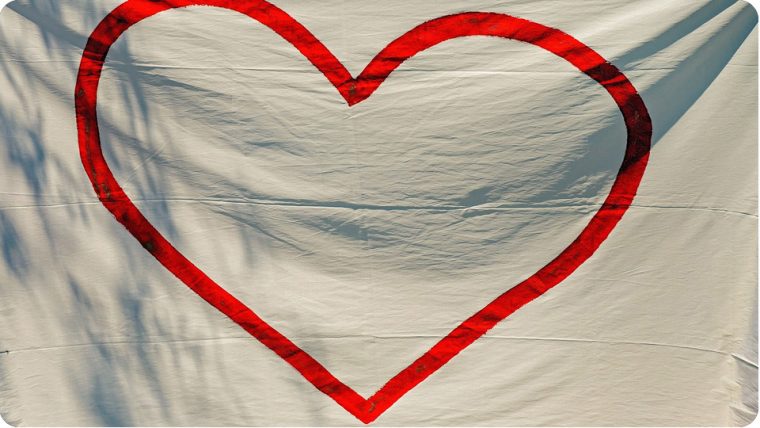 When I named this blog Lessons and Love I thought the title made perfect sense. Teach my children the lessons life has taught me and shower them with love in the process. As much as I still like that name, I’m beginning to think maybe I had it backwards. Maybe it should be love first, then lessons.

Love and Lessons. It doesn’t have the same ring to it, but that’s definitely the proper order.

And it feels necessary to think about this now more than ever.

Anyone paying attention to the current social, civil, and political landscapes knows how tense things are. The divide is wide and it only seems to be growing. Both sides are doing much more talking than listening, and more yelling than talking.

This isn’t about who’s right and who’s wrong. Frankly, it doesn’t matter. That, and I could make a case for either side. (My dad did always say I’d make a great lawyer.)

The case I want to make today is not about the issues — though there are plenty to choose from. It’s about the cause. And the cause for all of these issues, ultimately, boils down to a lack of love. A love for one another. A love for our blessings. A love for the opportunity to disagree without hatred.

Words like objectivity, civility, consideration, and kindness are nowhere to be found. And if they’re missing, you can forget about things like empathy and sympathy and respect.

The Root of the Problem

These issues are the result of a lack of love for one another, yes, but at its most basic level, I think this all stems from a refusal to listen.

And in order to know their argument? You guessed it. You have to listen.

So many of us spend our time worrying about what we’re going to say next that we don’t pay attention to anything others are saying. We can’t empathize with their position, because we don’t really even know what their position is.

When that happens, the only defense is finger-pointing and petty blame games. We become more concerned with what they did wrong, than with finding common ground in the things we think they did right.

The bottom line is there is a lack of love because nobody is willing to genuinely hear others out. We’ve decided we know what they are saying and where they are coming from without ever really considering their perspective.

There is no respect for anyone other than ourselves. Opposing viewpoints are not seen as differing opinions. They are seen as hostile actions. We become so enraged that anyone could see the world differently than us that it feels like they have physically harmed us.

Then, before you know it, things have spiraled out of control.

The good news is there’s a fix. A simple, yet at the same time difficult, fix. It requires us to start from a position of love. It requires us to look at someone whose appearance, beliefs, or background is different than ours and see them as someone like ourselves. We must see them as someone we love, even if for no other reason than they are a human being, just like us.

From there, differences and disagreements may arise. But as long as there is love and mutual respect at the core, those disagreements will remain civil. With civility comes tolerance, and with tolerance brings possibility.

We all, ultimately, want the same thing. We all want to live our lives in a way that makes us happy. What we sometimes forget is that happiness is not exclusive to one person or another. It’s not limited to one side of an argument or the other.

The potential for happiness is abundant. It’s there, waiting for everyone. It’s only when we, or someone else, gets in the way that we are unable to realize it.

We All Have the Potential

I have three kids, age 6 and under. As you can imagine, there is a lot of fighting amongst them. My stance on refereeing these fights is simple. You don’t have to like each other today, but you have to love each other always.

It may seem a little counterintuitive, but when you really think about it, it makes perfect sense. Start with love first. Respect each other next. Then, sort out your differences.

You don’t have to like the perspective the other side brings, but if you love them as fellow humans, and if you respect that they have arrived at their position by living a life of experiences that are different from yours, you have the foundation of mutual understanding.

If you can do all this without raising your voice, you can avoid violence. And if you’re that good, you need to come have a talk with my kids.

And I think that’s really the whole point I’m trying to make. I write these things based on my thoughts, observations, and experiences. I don’t always know the best way. I often have a lot to learn. But I’m open to the idea and that allows me to grow.

We’re at a crucial time. These kind of turning points in history happen once every generation or so. The good news is we all have the potential to shape the outcome. The bad news is it won’t be easy.

As parents we have a direct way to influence how things turn out. We have the potential to spread the idea of love first.

We can show them how to love others, even when they don’t like them very much.