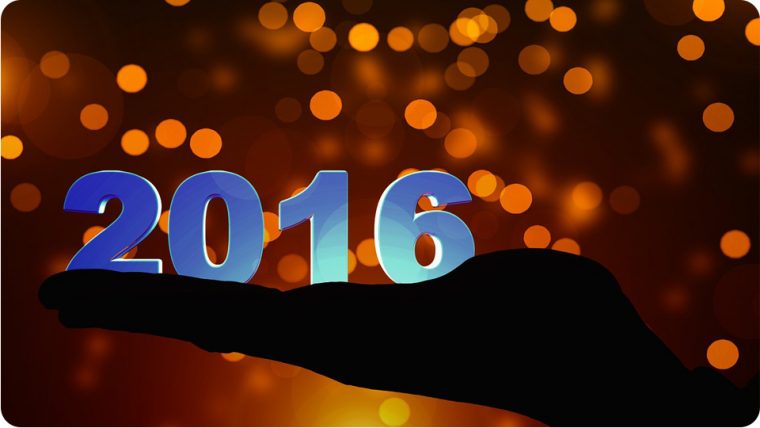 Despite being two weeks into 2017, I have yet to fully let go of 2016. That’s not usual for me. But 2016 was an unusual year. I don’t know about you, but I read and heard many people express that they couldn’t wait for it to end. They were almost hostile toward it. Some even called it the “worst year ever.” I get it. Some pretty awful things happened in 2016. Too many well-known, well-liked celebrities passed away. I think the general election left us all feeling a little yucky, regardless of who your candidate was.

So yeah, 2016 knocked us down a bit. It knocked me down a lot. I’ve written about my dad often, especially recently, but this is a blog about lessons and love and he has always been a heavy source of both in my life. Losing him in June was easily the worst thing that has ever happened to me. It’s a huge kick in the gut—one that knocks the wind out of you and then doesn’t ever let it return. Not all the way at least. Yet despite his death, despite spending most of the spring taking trips with him and my mom to Boston for clinical treatments, and despite a handful of multi-day stays in the local hospitals, I refuse to call 2016 (or any year) the worst year ever.

A long time ago, I was upset by something that had happened to me. I don’t even remember what it was. But I took the problem to my dad and he referred me to a poem titled Attitude by Charles Swindoll. He had it hanging in a plastic sleeve and thumbtacked to the wall in his office. Here’s what it said:

The longer I live, the more I realize the impact of attitude on life.

And so it is with you… we are in charge of our attitudes.

The reason why I was upset has been long forgotten, but the lesson has remained. No matter what happens to us, it’s our responsibility to determine how we respond — every action we take, every word we speak, and every thought we think. Bad things happen. Every single day someone out there is experiencing the worst thing that has ever happened to them in their life. My day was June 26, 2016. Yours may have already passed, or it could be tomorrow. That’s not meant to be morbid, it’s just the truth. The question we should be asking ourselves is not “when might that day come?” but rather “if that day comes, how will I respond?”

So was 2016 a bad year for me? It wasn’t great. It was an emotionally expensive year. It knocked me to the floor more than once. But it also provided me with a chance to see what I’m made of. It tested my mettle and it forced me to re-examine my purpose. It showed me the importance of relationships in our lives and it taught me perspective. Perhaps most important, it demonstrated the value in sharing experiences that create happy memories—especially when you realize those memories will one day be all that are left. I would trade all of this back in an instant to have my dad again. But I can’t. So instead, I have tried my hardest to choose to see the value in what’s been left behind. The lessons are all around us. Always.