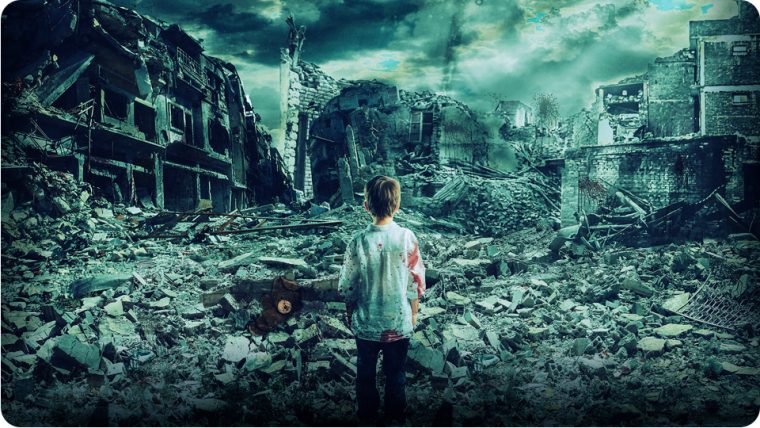 I tend to write most often about issues that live within the four walls of a family. Sometimes, I focus even more specifically on the four walls of the reader’s head. I like to think that’s helpful to people. But I also know that sometimes you have to take a step back and look at the big picture.

It’s easy to say “I have enough trouble keeping my own family going, let alone worry about the bigger issues of the world.” I know because I’ve said it. I don’t think it makes me or anyone else who thinks that way a bad or blind or selfish person. I think it demonstrates our priorities.

With that being said, sometimes you have to think bigger picture. If your house is on fire, you’re not going to sit in the dining room trying to decide whether you should keep the wallpaper or paint. (Definitely, paint.) If you don’t focus on putting that fire out as quickly as possible, it won’t matter what you want for the dining room walls.

So what can we do?

The problem with all of this is there is a lot of noise out there. Many voices, many opinions. And they all seem to be going in different directions. So how are we supposed to make sense of it? Ultimately, it depends on what we truly want.

Let us remember that humanity’s story has only two perennially recurring themes: struggle and progress. We mustn’t wish the end of the former, as the latter would be buried alongside it. Brendon Burchard

L is for Listen & Love

In situations like many we’re facing currently — racial unrest, political extremism, economic instability, external threats (just to name a few) — our default position needs to be one of love. Love for our fellow man as a beacon of hope, love for country as a place of opportunity, and love for the freedom we have to express our beliefs. We take these things for granted sometimes (or we stand behind them when convenient for our argument, only to minimize them when they’re convenient for the other side), but they can evaporate quicker than any of us can comprehend. So start with love. Even if both sides have nothing else to agree on, at least they’ll have that.

Listening comes next. If you only talk, you only know what you know. When you listen, you learn new thoughts, new ideas, and new perspectives. You understand where someone else is coming from and you have a better chance of eventually reaching common ground. The problem we see now is no one listens. They might hear, but they aren’t listening. That amounts to a bunch of noise and no constructive outcomes. In some cases, it leads to misunderstanding, which can be even worse.

E is for Empathize & Educate

Whenever I think about empathy, I remember what Atticus Finch said in To Kill a Mockingbird. “You never really understand a person until you consider things from his point of view … until you climb into his skin and walk around in it.” Empathy allows us to feel how another person feels. And this gives us the perspective we need to resolve conflict. Without empathy and perspective, it’s difficult to understand other points of view and almost impossible to make progress.

Once we resolve to empathize, it’s time for education. I don’t mean okay now go and tell them all the reasons why they’re wrong. The education process should be a two-way street. Allow them to educate you on their position, and share your ideas as well. Don’t dismiss anything they say. Instead, do the opposite. Ask questions. Encourage them to think critically, just as you are. I’m convinced that most of the conflicts we experience are rooted in the fact that both sides have not given enough attention to educating themselves on the other’s position. Take the time to learn, and do so with their perspective in mind.

A is for Attitude & Acceptance

Attitude is crucial. You can’t control what others think, do, or say. All you can control is your attitude, your words, and your actions. But if those behaviors are persuasive enough and positive enough, you might be able to recruit others to your way of thinking. A positive, friendly attitude, one that is the opposite of divisive, will go a long way toward encouraging others to listen to your point of view. Though they may never end up fully agreeing with you, at least the groundwork will be made for some sort of compromise.

Acceptance is one of the pieces most overlooked when two sides disagree. Sometimes we just have to accept that we are not going to be able to convince them to believe what we believe. At the same time, we can often be better at accepting their point of view as one that is valid. We may be fundamentally opposed to everything they stand for, but at least acknowledge their conviction and commitment to their cause. It’s the only way any logical, constructive conversation can occur.

R is for Respect & Responsibility

Respect is a core element in bringing people together, yet it is terribly absent in many of the conflicts going on today. It starts with acknowledging that those with beliefs different from yours are still human beings worthy of being treated with kindness and compassion. It’s remarkable that we have gotten as far as we have despite the profound lack of respect on all sides. Respecting opposing views requires a degree of vulnerability. It requires a willingness to keep an open mind. It relies on trusting the other side and depends on them respecting you as well. For that to occur, someone needs to take a leap of faith, to be the first to extend the olive branch.

In this example, responsibility comes in two parts. First, any chance of progress is dependent on us all acting in a responsible manner. Many of these situations are powder kegs with short fuses. There are extremely passionate folks on either side, and it won’t take much to trigger an eruption. It is all of our responsibility to ensure this doesn’t happen. The second role responsibility plays is taking ownership of our own lives. Regardless of how unfairly we may have been treated, or how blatantly the deck may be stacked against us, or how ridiculous the other side may be, we are all the masters of our own fate. This isn’t a case of taking the blame, rather it’s about recognizing that nothing gets better unless you advocate for yourself.

N is for Navigate with Nonviolence

The last piece is to navigate with nonviolence. Simply put, that means it’s time to begin finding your way and leading others as well, but always, always from a position of nonviolence. The minute the line is crossed from peaceful to violent, credibility is lost. Instantly. Maintaining a peaceful conversation about any topic, especially one with impassioned opinions on both sides, is difficult. It’s up to the leaders, the Navigators, to maintain that stance themselves and amongst their supporters.

Strong leadership is the key to making this entire operation work. It relies on a good communicator who is committed to the process and who can rally support. When any sort of progress stalls, it can often be tracked back to a lapse in leadership. That’s true whether you’re talking about civil issues, societal issues, or simple project management. Effective leaders see it through to the end. And they are the ones who get results.

If this sounds utopian to you, you’re damn right. I won’t apologize for aiming for perfect. I understand how difficult this would be to implement in many current issues. I get how unlikely it is to have both parties make leading with Love, for example, a priority. I almost don’t think it’s worthwhile to try.

Adults know they could do things in a better, more respectful way, but many aren’t willing to sacrifice possible leverage for respect. I imagine my proposal above would be responded to with a “That’s nice, but…” type of reply. And that’s okay. I’m stuck in my ways too. But our children. They deserve better than what they’re seeing. What kind of world will they be inheriting?

If the adults in politics, in law enforcement, and in leadership roles within civil rights movements to name a few, are unable to act with respect toward one another, then what does that say to the kids who admire them, who will one day (soon) be them? We owe them a better example than what they’re getting. But if we can’t bring ourselves to do that, we should, in this case at least, teach our children to do as we say, not as we do. Maybe we can still save one generation.