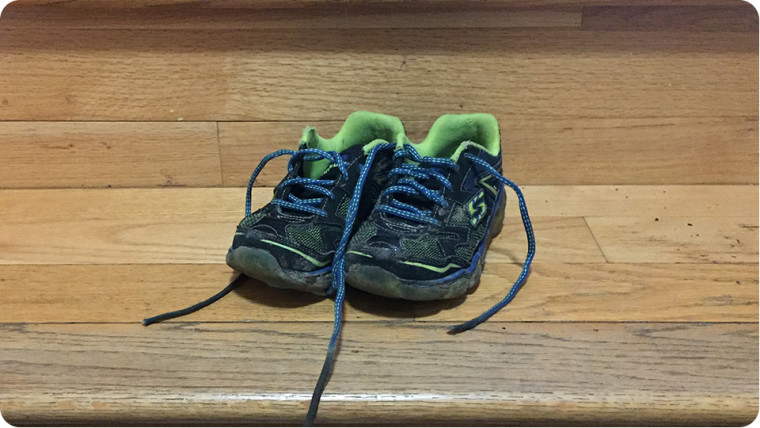 Last week I went to pick up Joey from his after school program. When I got there he came running up to me with a huge smile on his face. “Daddy, guess what?!”

Then he pulled on my shirt until I bent down so he could whisper in my ear. “I know how to tie my shoes!”

For Joey, tying his shoe meant he learned a new skill. It proved to him he could pick up something by following instructions and practicing. It’s a milestone, like losing a tooth or zippering your coat. It’s another step toward independence.

For me, I was happy he was so excited. But at first I was far from amazed. Kids learn things, right? Heck, I’ve known how to tie my shoes for thirty years. It wasn’t exactly a life-changing event. Or was it?

Kids are innocent. They’re excitable. They live in the moment. Adults are jaded. We’re hard to impress. We are constantly chasing tomorrows.

Kids are also great at something where adults often fall short: celebrating success. Sure, adults celebrate. In fact, we often go out of our way to create reasons to celebrate. And we often give ourselves rewards that directly contradict the success.

Just finished one good day on my new diet? I think I’ll congratulate myself with a steak and a milkshake.

It’s not really a problem that we give ourselves these treats. I do it too. Probably more often than most. The problem is how often we ignore the successes that truly are celebration worthy.

Every day we all do things that are worth celebrating, but we overlook them for any number of reasons. It might be that we’re already looking ahead to the next thing. Or maybe we don’t think anyone else will care or relate. It might just be that we’re not comfortable making a big deal about our own progress.

I’d like to see that end. I’d like to see more people acknowledging their own personal successes more often. Especially parents. They don’t have to be earth-shattering developments. They have to be things that end up better than they could have. That’s a success.

Each morning I have the challenging task of waking the kids up, getting them fed, dressed, and off to school and the baby sitter. Yes, it’s part of my job as a dad. And no, it’s not something that will improve the lives of many.

But anyone who’s ever had to do this will understand why it’s something to be proud of when things go well (and how awful it can be when they don’t).

It’s important to be clear that I’m not suggesting extreme celebrations which are disproportionate to the successes.

Joey didn’t ask for a raise in his allowance because he learned how to tie his shoes. He just let his pride show through, and shared it with those who are important to him. Most importantly, he allowed himself to recognize and be happy with his achievement. And that’s usually enough.

There is no success too small to celebrate. Kids know this to be true. And every so often, if we adults open our eyes and ears long enough, our kids can teach us a thing or two. I think that’s something worth celebrating.

Do you recognize and celebrate your everyday successes? Leave a comment and let me know how you celebrate or how you can do better.