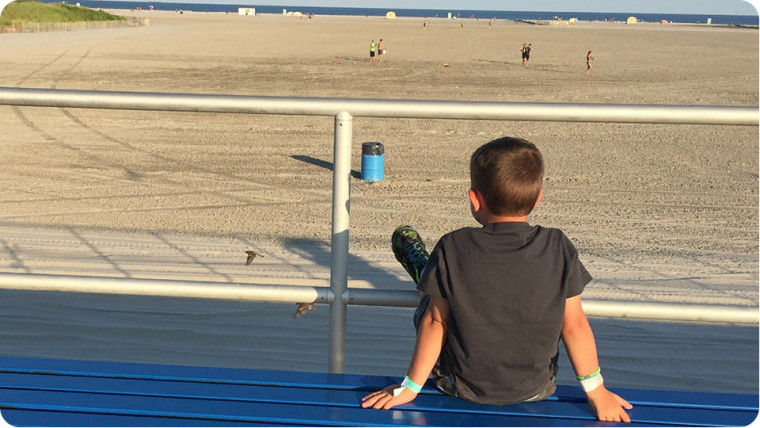 All parents have insecurities. We all do things and then look around to see if anyone saw how awful we are at this thing that has been around for millennia yet has never been perfected. Why are we so hard on ourselves? What can we do to lessen the self-imposed burden and focus on the positive?

I’m not sure if this will solve anything, but I rounded up ten questions that I ask myself often and that I know others think about as well. After rereading my answers to those common questions, it’s evident they will not help you in any way whatsoever.

I take that back. It may make you feel better about how you’re doing things when you see how screwed up I am.

Yes. But it’s probably not as bad as you think. Keep reading. You’ll feel better by the end. I hope.

I ask myself this question all the time. Of course, right on cue I’ll hear “Daddy…I love you,” or they’ll come up and hug me out of the blue and make me feel really lousy for even considering the question. Still, this is one that comes up often for one good reason: there’s nothing rational about raising children. I think the problem we all have as parents is we try to rationalize something that has never made any promises about rationale at all. Not once.

If parenting were a person it would be a dirty, unshaven dude in ratty clothes who sneaks up behind you and whispers everything he says. And if he says anything at all it will be something like, “I just dumped that folded laundry basket out because I couldn’t find my socks. Turns out I was wearing them. Oh, and I didn’t put the clothes back in case you wanted to look for your socks too.”

See what I mean? Just writing about it gets me going sideways.

Definitely. That’s the only way to parent. The idea is hopefully you screw yours up a little less than your parents screwed you up and even less than theirs did them. That’s the whole idea of evolution, right? A little better each time.

Shortly after we were married, Dani and I bought an expensive bedroom set. It was brand new and we did everything we could to keep it nice. Until we got that first scratch on it. Then we both breathed an audible sigh of relief. It wasn’t like we went out and trashed the rest of it. We still continued to treat it with care. But we accepted that it was going to endure some wear and tear. There would be bumps and dents and scratches and the furniture would still be okay.

That depends. Is anyone standing on the counter? Is there an open flame? Was that a person that just climbed in the dryer? If all immediate threats are diffused then you might be able to get something done around the house.

Just know that whatever you do, no matter how menial and boring you thought it was, will quickly become the thing to do in the house and you’ll have no problem recruiting “helpers.” From my experience, it’s kind of like asking a gymnast to become a sumo wrestler — the skill set is hardly ever a match.

Luckily, as we discussed above, they’re irrational little beings and you can probably convince them that they’re needed in the other room to hold up the wall. As far as the more philosophical side of this question goes, I can’t help you much. It’s basically an 18-year sentence with no chance of parole.

Oh God no. In fact, it’s the opposite. In the right crowd, just mentioning the simplest of your troubles will instantly turn everyone around you into bobble heads, nodding in agreement.

There are millions out there just like us, all wondering why, if raising children is already so expensive monetarily, does it “cost” so much of our sanity as well? While few, if any, have the answer to that question, it is at least helpful to know others are asking it too.

Whenever things are tough, remember you’re not the only one going through something similar. Just like a trip to the bathroom, you’re never, ever alone. Never. Ever.

See the mention of the 18-year sentence above. But if we’re being honest, I’m still a pain in the ass to my own parents — less than my brother, of course (because I’m their favorite) but together we still manage to suck whatever sanity they have left.

So while the law may recognize it as an 18-year commitment, the truth is you’re never really getting out of this one. This means you’ll need two things: a plan for fighting back and a quiet corner to cry in when the plan falls apart.

Plenty worse. Understanding this can actually help, believe it or not. There is always someone who has it worse than you do. Overwhelmed with cleaning up after two school-aged children? What about the poor sucker who has quintuplet toddlers terrorizing anything within their now mobile reach? See that? All it takes is a little perspective to get you whistling Zippity Doo Da while scrubbing puke off the curtains.

8. What do the neighbors think?

I can’t imagine what our house must sound like to the neighbors. The yelling, crying, smashing, crashing and slamming that occurs in our house daily is like a Symphony of Shame. I know the wind carries it across the street.

This is why I don’t mind the winter months so much. Close the doors and windows and contain the crazy. That’s what the paranoid RJ thinks about. Though the kids have beaten a lot of it out of me, what’s left of the rational RJ knows that most people have too much going on in their own lives to give much of a crap about yours. I still find comfort in the safety blanket of closed windows though.

9. Should I call my own parents and apologize?

Feel better? Were they grateful or did the mere mention of those days send them into horrible flashbacks? I am sure all parents who have more or less served their time would be happy to know you now understand what you put them through.

I am looking forward to the day when I get to laugh at the first drips of sanity that my future grandchildren draw from one of my three kids. I’m not ashamed to admit I will have a perverse sense of satisfaction when they finally “understand.”

Although, at the rate we’re going, I may be reduced to speaking in grunts by the time that day comes.

Nope. I think that for 45 minutes every hour or so. Just kidding. I don’t do this often — mostly because it’s never quiet enough to fantasize for that long — but every once in a while I try to remember what it was like before kids.

How did we ever stay busy? How was the house ever a mess? How were we ever broke? That only lasts for a little while, though. It’s never long before I start thinking things like: How did I experience this much love? How did I find as much purpose in my own life before the kids were here? How did I fill my time with anything close to as meaningful? How did I get by without all these extra hugs and kisses?

It’s normal to look for a break, a little reprieve from the crazy. But I always want to go back. I couldn’t imagine being anywhere else in life. Then again, I don’t have the brain power to put much thought into it either. Not with all this puke on the curtain.